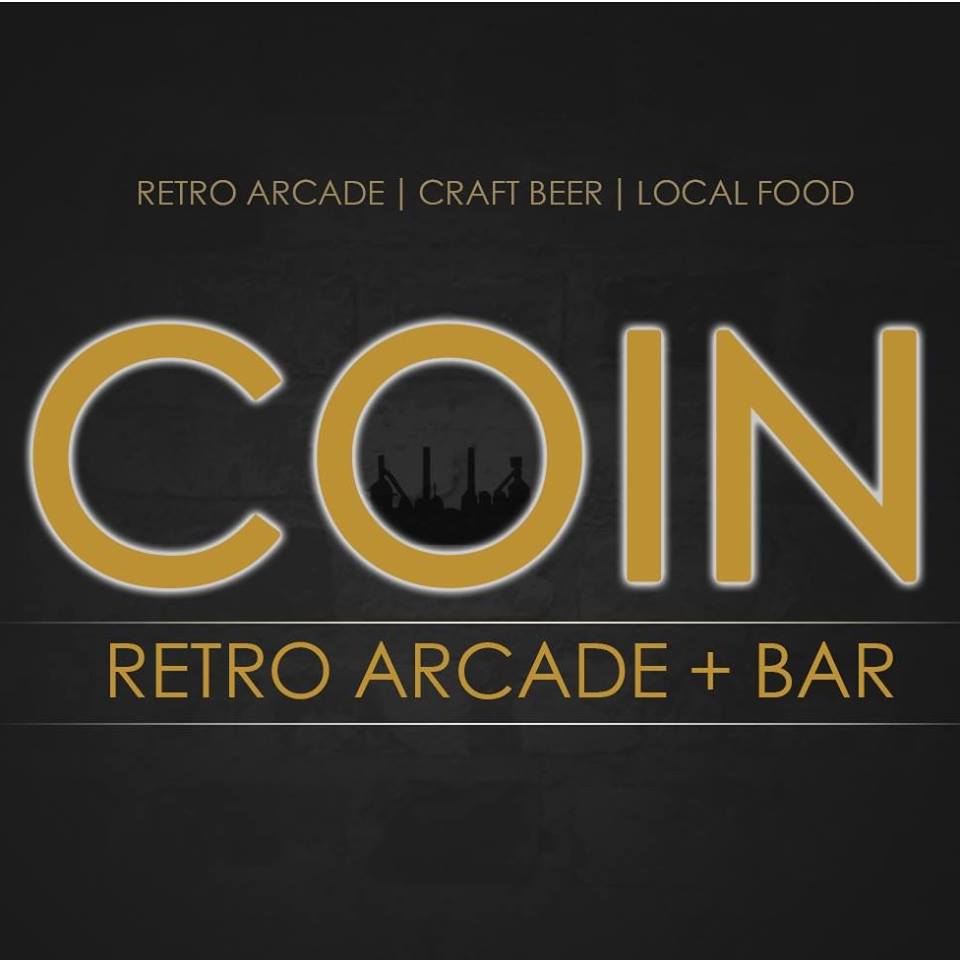 Why did you decide to open a pop-up in Downtown Allentown? As an Allentown native and William Allen grad, it’s been great to see its rebirth since the days of Hess and Woolworths (and that bomb Wendy’s!). When you’re downtown on a warm summer night, you can see and feel the potential. It’s amazing to be surrounded by other businesses that are so full of hope. The goal of creating a big city attraction like a bar arcade in my hometown is a dream come true.

How long have you been in business? I spent nearly two years buying arcade games and learning how to fix them. Earlier this spring, we had a two-month pop-up over in Bethlehem and now we can’t wait to open doors to our next pop-up on the ArtsWalk.

What inspired you to open the Coin Arcade Bar? The truth is it was kind of a neardeath experience. Six years ago, I went too “hard to the paint” in my career and ended up spending 5 days in the hospital. I had a lot of time to reflect on what I wanted to do in life and what was important to me. I started to tackle my bucket list, which included traveling to LA to circle back with some high school friends.
It was during that trip that my buddy Max Ulaner and I went out for some sushi and this place called “82.” I stepped into what felt like a club filled with pinballs, arcade games and packed with people. By the time we left, the line to get in was around the block. I thought to myself, “This would be amazing to have back home.”

It was then the seed was planted after spending a few years talking about it and searching Craigslist for way too long, I bought my first game and the rest has snowballed ever since.

What’s your mission statement? If I were to articulate my vision it would be to create an environment when adults/millennials/ whomever can visit and be instantly transported to their youth. Stress, anxiety and depression is so prevalent and if I can create a place where when you step into it all of that just melts away, I’d consider that a win.

What makes your pop-up unique?  We’ll have old retro TVs streaming Netflix and new TVs playing VHS classics. Twenty arcade games and pinballs, a throwback change machine, a 1990s vending machine filled with snacks, along with some other crazy toys such as retro trading cards and even a bag of air from Queen’s last concert in 1986. I’ve really been having fun thinking of random things to fill that machine with. I’d like to think of it as a retro art exhibit.

We are also launching a Go Fund Me, as well as raffling off a Ms. Pac Man and Centipede arcade game. For a $50 minimum donation, the donor will receive a raffle ticket. The winner will be announced the last weekend of the pop-up. The link will become available soon! Follow us on Instagram @CoinArcadeBar and Facebook for the link and announcement.

What is your most popular arcade game? One of the first things I did when I decided this was going to be a real thing was a Facebook ad where over 1,500 people listed their favorite game. Hands down NBA JAM TE was the most requested game. We finally picked it up last month.

What are some of the games that will be in your pop-up? Some of the heavy hitters are Teenage Mutant Ninja Turtles, Simpsons, Gauntlet, Ms. Pac Man, Street Fighter II, Mortal Kombat II. We just picked up an old-school Robotron yesterday and have a few more in the works to add.

What’s your favorite arcade game to play? That’s a close one, but I’d have to say Star Wars Trilogy. They had it at Dorney Park growing up and I could never beat it. It was always $1 to play per credit and I never had enough coins to complete the game. It’s high on my list and I’m looking to eventually add it to the lineup.